XLReporting is not just highly configurable but also programmable, allowing multiple levels of sophistication. The below functionality applies to all configurable objects (reports, models, imports, and data sets).

Functions are methods that perform a single particular task on given parameters, and return the result. They are particularly useful in converting and filtering data in import, reports, and models:

Expressions are one or more functions, variables, values, and operators combined in the right sequence to produce the desired result. You can use expressions wherever you can use functions, and they are particularly useful in converting and filtering data in import, reports, and models. You would typically use expressions when you want to perform multiple tasks in one single step:

The below example (from an import) substracts the Credit column from the Debit column in the source data, divides it by 1000, and then rounds the result to 0 decimals: 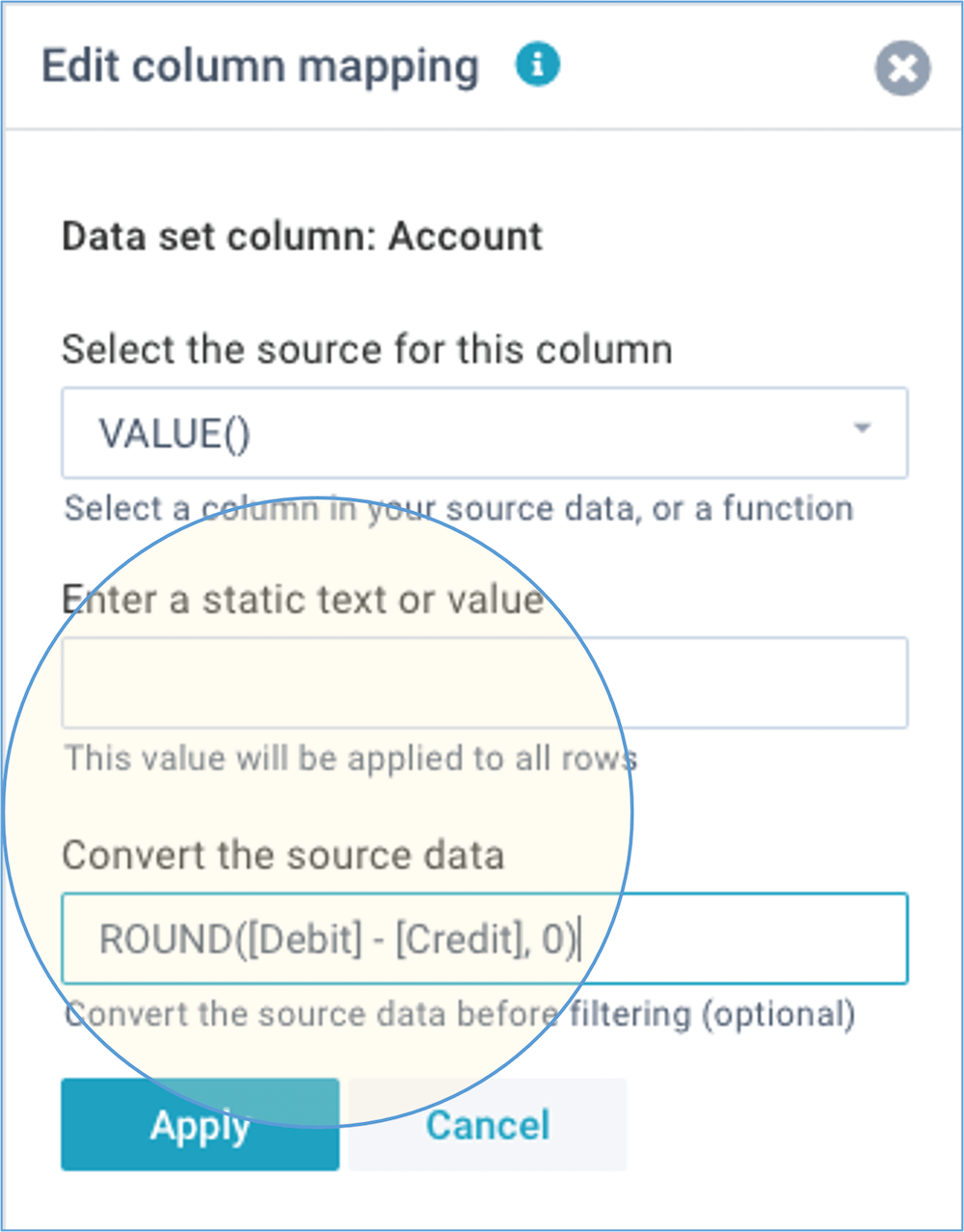 Scripts are for advanced use, and only accessible if your user role has Edit script permission. They are small pieces of program code that can perform automated and repetitive tasks.

You can create scripts using the Script field in the Define screen for reports, models, imports, and data sets.

You can use scripts in the following scenarios:

XLReporting scripts are compatible with JavaScript code. Your script will run in isolated scope without access to global or document objects, and will be passed an object called my which contains readonly metadata (e.g. column definitions) and runtime data (which can be edited by your script).

Your script can read the my.event status, the my.object reference, the my.columns metadata, and edit the my.data runtime data. Please note that scripts are being invoked multiple times for every object, and your script needs to evaluate the my.event status to properly respond to the desired event. See script events for further details.

The script editor window shows realtime data samples of the my object, which you can explore.

If you want to call any of the standard functions in your script, you need to prefix their names with xlapp.exec (e.g. xlapp.exec.LEFT). 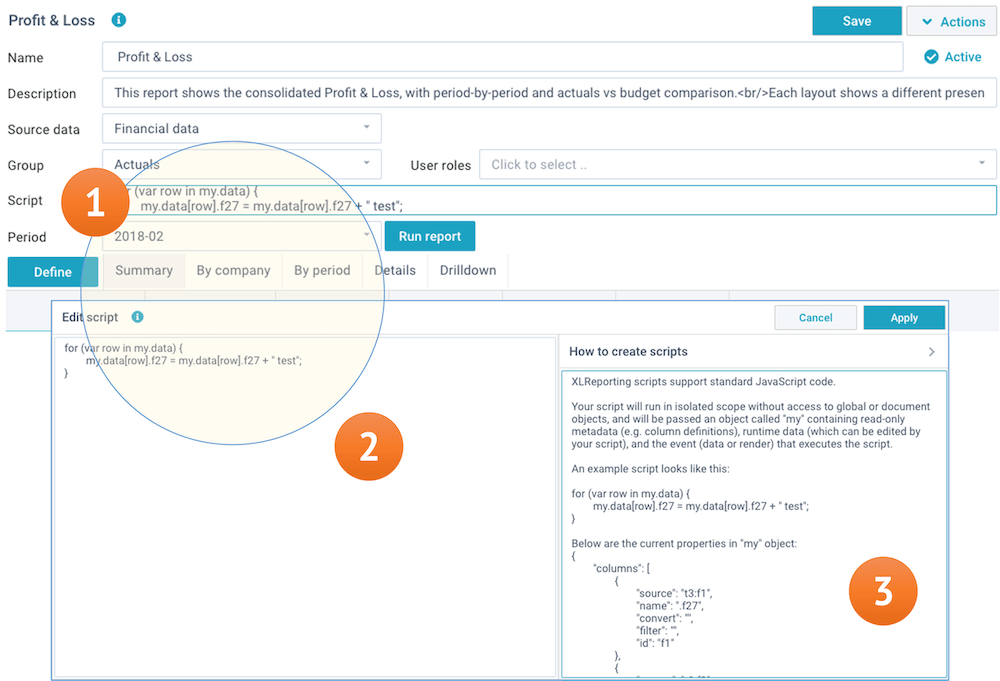 Scripts are being called once for every query that is involved in retrieving an object, and once just after the report or model has been rendered on screen. For models that contain import queries, scripts are also being called once for every individual import query. Your script needs to evaluate the my.event status to properly respond to the desired event, and to prevent your script from getting executed multiple times.

For example, a model that contains 5 report queries will call your script 6 times: once for every import query (passing the column metadata and runtime data retrieved by that query), and once for the fully generated model (passing a reference to the rendered model).

The values of my.event and related properties are:

By writing scripts in Manage - Profile, you can create your own custom functions which you can then call elsewhere in convert and filter expressions in reports, models, imports. You can also use custom functions to pass centrally-maintained configuration values to your reports and models. The only data that custom functions can access is the function parameters that you pass to them. You need to create your functions as properties of my.data (see below example) so that they become available across all objects of your tenant.

Once created, you can use this function in any convert or filter expression. For example, EXAMPLE(2, 4) used in a convert expression for a report field would return 6.

Please note that scripts are case-sensitive and this also applies to function names, variables, and parameters. Scripts run within the browser session on the local user computer, and have no access to other computers or our servers.